Following the premiere of her movie YOU & I and her role in Rukky Sanda’s movie “Dark”, popular Nollywood actress, Monalisa Chinda clocked 41-years yesterday Sunday, September 13. 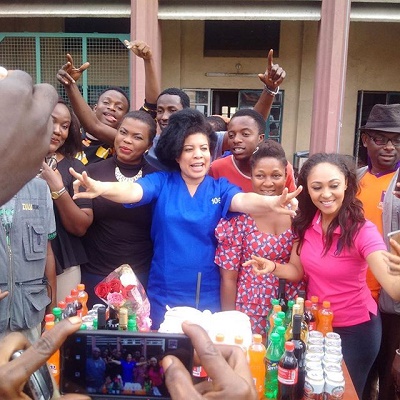 Monalisa, who was very busy on her birthday, was left with no choice than to celebrate her birthday while in prison. The beautiful actress, celebrated her birthday in a prison outfit with her colleagues while on a movie set.

In order to make her day a memorable one, friends and colleagues on the movie set gathered around her to share part of her day. 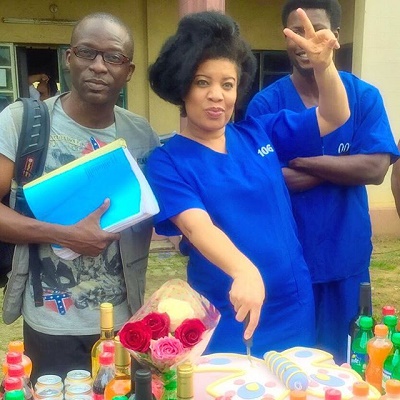 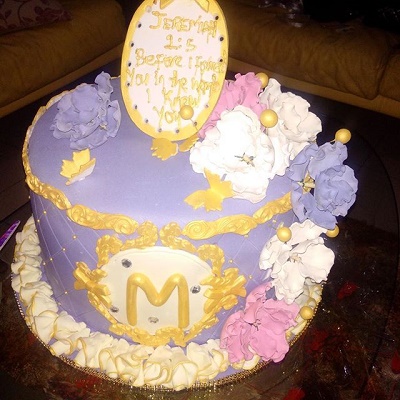 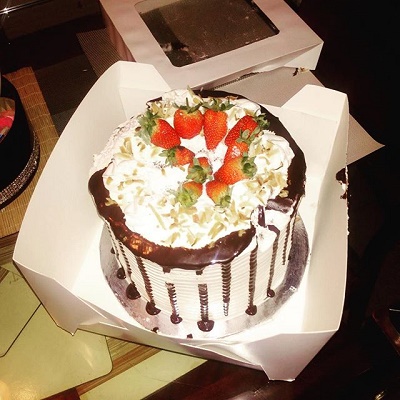 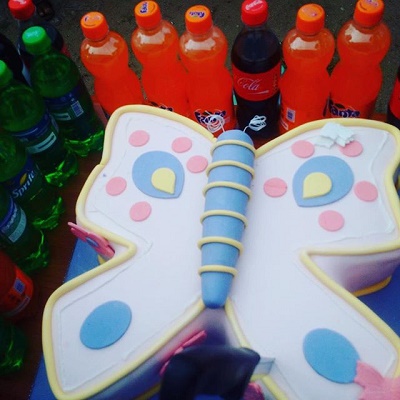 Monalisa was born September 13, 1974 in Port Harcourt, Rivers state and happens to be the first child in a family of six.

The award winning actress, Monalisa came into limelight in 1996 in a movie titled “Pregnant Virgin” and has since then became a force to be reckoned with in the movie industry.