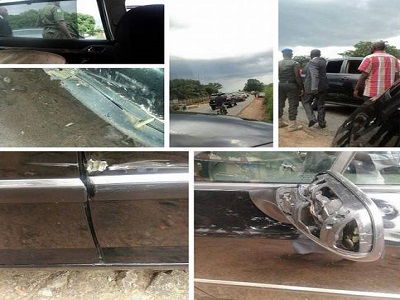 A former Minister of Education and co-convener of the Bring Back Our Girls, Oby Ezekwesili, has demanded a public apology from Governor Tanko Al-Makura of Nasarawa State, over an alleged manhandling of a woman, Lois Iorvihi, and her siblings, Joi and Jerry, on the Nasarawa-Abuja highway last week.

Some members of Al-Makura’s convoy were alleged to have beaten up Lois and her brothers for allegedly obstructing the governor’s convoy on Saturday.

Gov. Al Makura, while telling his side of the story, however, denied the report that Lois was brutalised.

However, Ezekwesili, in a series of tweets via her Twitter handle, said that Al-Makura’s statement on the issue “was embarrassing”.

She described the alleged assault of a citizen as unbecoming of an All Progressives Congress governor.

She said, “Come on, Governor Al-Makura. I have taken time to study all the information in the public space on that provocative saga. You owe Lois a big apology. That one is elected into public office by the citizens must be a basis for sobriety in the use of power. Governor Al-Makura, you failed a citizen”.