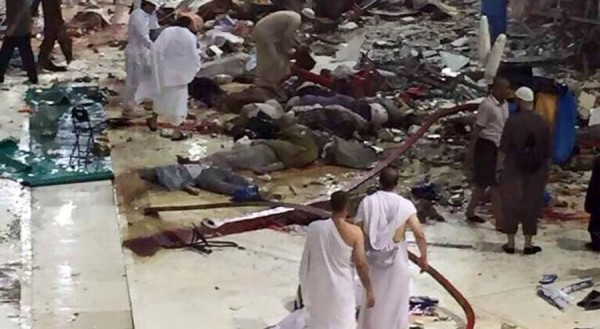 The federal government through the National Hajj Commission of Nigeria (NAHCON) has promised to ensure adequate compensation to families of the six Nigerian pilgrims who lost their lives, and the three pilgrims injured as a result of the crane crash in Mecca.

The kingdom of Saudi Arabia had promised to pay N70 million each to the families of those killed in the accident.

The Federal government also assured that hospitalised victims would be allowed to observe the hajj activities as they were all in conscious state of mind.

Chairman of the commission Alhaji Abdullahi Mukhtar made these known while fielding questions from journalists at the departure of the last batch of pilgrims on Thursday evening in Abuja. He explained that there were concerted efforts to ensure that the money reached families of the bereaved as well as others earmarked to be beneficiaries.

“The injured people are stable, they are doing well and responding very well to treatment, they have been visited by our colleagues on ground in Mecca and the Saudi king also sent a delegation to visit them. They will be able to perform the Hajj, because they are responding well to treatment, and by Saudi regulation, once a pilgrim is conscious, even if such pilgrim is on hospital bed, he or she will be transported to the Arafat ground to observe the Hajj, so they will not in any way miss their hajj,” he said.

“The King of the Kingdom of Saudi Arabia, out of his own generosity and kindness and on compassionate ground has decided to give the family of each person whose life was lost the sum of SR1million and those that got injured would be given SR500, 000. Those that are deformed as a result of that incident will also be given SR1million. The National Hajj Commission, in conjunction with the consulate of Nigeria in the kingdom of Saudi Arabia in Jeddah are working hand in glove to pursue the promise made by the king and to also ensure that that promise gets to the heirs of the deceased in accordance with the provision of the law and the commission it, to ensure that right heirs of the deceased the money and we will let the public know at the appropriate time,” he said.

King Salman also announced that the Kingdom would host two family members of those who died for next year’s Hajj while those who were injured and cannot complete their spiritual exercise this year would be able to return next year as the king’s guests.

Also, family members of the injured persons in hospitals would be granted visit visas to remain in the Kingdom.