MANY governors, who spoke with The PUNCH, on Thursday, out rightly rejected the suggestion that looters of the nation’s resources be sentenced to death. 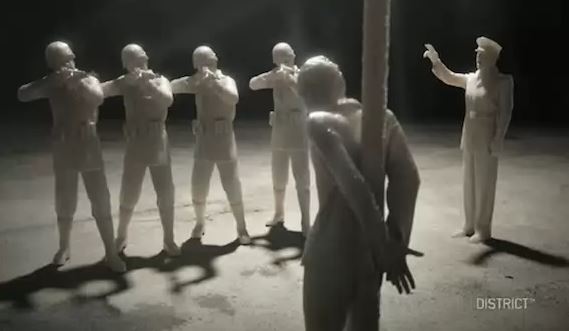 Organised labour- the Nigerian Labour Congress and the Trade Union Congress-at the beginning of the week said looters should be given the death sentence in order to serve as deterrence to others.

Labour said it was only by killing looters that the anti-corruption crusade being championed by President Muhammadu Buhari could succeed.

But most governors, who reacted to the labour suggestion on Thursday, said the death sentence would be too harsh.

Ogun State Governor Ibikunle Amosun said he would rather canvass that looters be sentenced to life imprisonment, rather than the death sentence prescribed by the organised labour.

Amosun said this while addressing the state workers who had marched to the Oke Mosan state secretariat in Abeokuta to give their backing to Buhari’s anti-corruption crusade.

The state chapters of the NLC and TUC organised the rally.

The governor said, “Everybody knows President Muhammadu Buhari is transparent and meants well for the nation and would never want to hear anything about corruption.

“Even under 100 days in office, electricity is improving. People know that if you try it you are gone. I always say this, whether you are a governor, permanent secretary or labour leader, you cannot be corrupt under a leader that is not corrupt, because you will be punished.

“Unfortunately as a governor, I cannot be saying that capital punishment should be meted out to corrupt public officials. Because I cannot say that, that is why I will say that anybody that is found wanting, whether you are governor or any other public officer should be jailed for life.”

He however said that not only politicians should shun corruption but every Nigerian.

“It is not only politicians that should shun corruption, workers too should not be corrupt,” he said.

His counterpart in Plateau State, Simon Lalong, also said he would rather prefer life imprisonment to death penalty.

Lalong’s Director of Press Affairs, Mr. Emmanuel Nanle, told our correspondent that “in all his discussions, Lalong has never mentioned death sentence. He has always preferred life imprisonment to taking human life because to him life is sacred.”

“In countries where death penalty was introduced, it has not stopped looting. In advanced countries like US, jail sentence is the penalty. What we need is proper moral education to change orientation of the people. Jail sentence is better; it can reform,” he told one of our correspondents in Ado Ekiti, the state capital.

Wike said that Nigeria had enough laws to deter people from fleecing the nation.

The governor, who spoke through his special adviser on media, Opunabo Inko-Tariah, said that the labour unions merely made the recommendation because of the impunity with which public office holders loot the nation’s treasury.

He said, “Nigerians have a role to play by deriding looters and not to praise them for their fiscal irresponsibility. There should be a strong punitive measure to discourage looting because of its domino effects. When a treasury is looted, there won’t be money for the provision of necessities such as hospitals, roads, etc.

“Maybe because it happened in Ghana and the economy improved, the labour organisations want it in Nigeria. But that was a military regime and Jerry Rawlings was a military man. However, the extant laws on looting need serious and urgent review, even if the death penalty is discouraged.”

Governor Olusegun Mimiko of Ondo State said he was comfortable with whatever the people want in relation to punishment for looters.

Mimiko, who spoke through his information commissioner, Kayode Akinmade, said if it was the wish of the people of the country that looters should be killed by law, “so be it’’ but that the process of law must be followed in carrying out such executions.

He said, “We are not under a military rule; this is democracy and we have constitution that we follow. If it is put in the Constitution of the Federal Republic of Nigeria, irrespective of whether you are a governor or not, so be it. If that is what Nigerians want, it is okay.

“Everybody is against corruption, but there is a process of making law. Thank God we have a National Assembly and the state assemblies who are representative of the people. If such bill could be sent to the national and state assemblies and be passed into law, it must become a law.

“If the process is followed and it is the wish of Nigerians that looters be killed, why not? Let it become a law. It is a fact that Nigerians are not happy with this corruption tag, which has slowed down our economic development but if we have a law that will bring about capital punishment for the looters, it is okay.”

Governor Rauf Aregbesola of Osun State on Thursday declined comment on whether looters should be sentenced to death or not.

Aregbesola’s media aide, Semiu Okanlawon, when contacted, said he did not know the mind of his principal on the matter and promised to contact the governor and get back to our correspondent but Okanlawon had yet to keep the promise as of the time of this report.

Subsequent calls to his mobile telephone line also did not connect.

The Special Adviser (Media and Public Affairs) to Governor Adams Oshiomhole of Edo State, Mr. Kassim Afegbua, told one of our correspondents on the telephone that his principal needed to personally examine the issue of whether to accept death penalty for looters or not because “it requires a process.”

“It has to go through a bill. It has to be an act of parliament and a lot of things would go into it,” he said.

Enugu State governor’s Senior Special Assistant on Public Affairs, Mr. Louis Amoke, said he would also need to consult his principal, Governor Ifeanyi Ugwuanyi, to get his position on the matter.

“I will have to get in touch with him to know his position on the matter, it is very sensitive and I will not talk without finding out from him,” Amoke told our correspondent.

As of the time of this report, Amoke said he had yet to have a contact with the governor.

The Governor of Nasarawa State, Umaru Al-Makura, however, said he supported that capital punishment be meted out to corrupt public office holders.

“I really agree with the NLC over call for capital punishment for any public office holder who is found guilty of looting public funds,” the governor said in an interview with one of our correspondents.