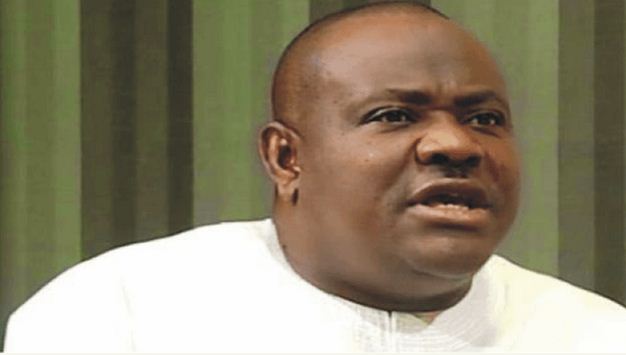 He had constituted the panel to probe the sale of Rivers’ assets and to also look into other matters concerning the management of state resources by the past administration.

Wike lamented the level of alleged financial crimes committed with impunity under ex-Governor Rotimi Amaechi, adding that the criticism against the panel will not deter him from punishing all those found culpable.

Wike, in a statement signed by his Special Adviser on Media and Publicity, Opunabo Inko-Tariah, said he was not the first to establish a commission of inquiry.

According to him, Amaechi, set up the Justice Kayode Esho commission of inquiry and added that former governor Peter Odili appeared before the panel.

He dismissed the allegations that the Omereji-led commission of inquiry was established purposely to indict Amaechi, adding that the panel was set up based on the relevant laws of the state.

“The implementation of the commission’s recommendations shall be devoid of fear or favour, affection or ill will. The refusal to appear before the panel is an admission of guilt. The allegation that the Justice Omereji’s commission of inquiry is a subterfuge to indict Rotimi Amaechi suffers from the eclipse of reasoning and poverty of logic.

“Amaechi set up the Justice Kayode Esho’s commission and when former governor Peter Odili was invited, he obliged despite the fact that Justice Esho had made some uncomplimentary remarks about a perpetual injunction concerning Odili,” Wike said.

Wike condemned the All Progressives Congress in the state for its position on the commission of inquiry, wondering why his predecessor did not properly hand over to him.

He said, “The Omereji’s panel was set up to probe the expenditures made by Amaechi’s government, which is what any responsible government will do because the taxpayers’ money is not for one man, especially when certain financial transactions are opaque.

“It is even more important when the outgoing administration demurred to hand over or when there are no handover notes. The welter of criticisms by the APC in Rivers State is actuated by the fear of exposure. It is just hocus-pocus.

“Governor Wike inherited a hobbling economy and a suffocating treasury. He provided the life-saving machine and today, the state is recuperating. The sittings (of the panel) were not done clandestinely and all that was expected of Amaechi and his acolytes was for them to appear and prove their innocence.”

Wike, added that in establishing a panel of inquiry, he took a cue from President Muhammadu Buhari, “an embodiment of probity and rectitude”, who is also looking into how public funds were spent under the last administration.