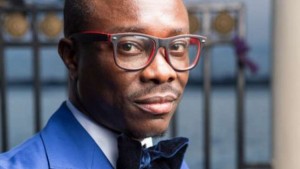 Famous Nigerian comedian Julius Agwu, has revealed that he almost gave up on life and comedy when he was going through his health problems.

In an exclusive with E Rave he said he got so tired of his health issues that he told his wife where all his vital documents where, because he felt like dying.

“There was a day I got back home and at some point I noticed I was going down, lost my appetite and I wasn’t feeling too good. You know how people will tell you different things and also form opinions. I just told my wife places where I kept vital documents for her to keep” said Julius Agwu.

“She simply asked me ‘where are you going to’? I replied her that I don’t know what is happening and if in case anything happens to me, she can go on from there. She wasn’t shocked and even replied me that I am not going anywhere” he further said.

Now hale and hearty Julius Agwu said his close encounter with death has made him a living testimony. “It is actually like a rebirth. I saw death and God brought me back to life. It is a rare opportunity because not too many people survive this and come back normal. Look at me, I have danced and given thanks to God because it’s truly a miracle. I am a living testimony that God really works. Some people are of the opinion that God is partial in some ways, but if He is truly partial in my case, then I have to give Him all the glory. I thank Him so much and I really don’t know where to start from in giving Him thanks.“
Julius Agwu went to advise fellow entertainers to go for regular check ups. “All we do is hustle, work, and some other things without bothering to check our health. I just realized from this experience that we are more of colleagues and not even friends because nobody really cares about you. When it happens, it is just you and your family. I knew a lot of people who reached out to me and I appreciate them but really, it’s funny. What are we really hustling for? The true joy is your happiness and family because that is what life is about. Just like all the people who stole money, how many would they spend? Once you die, that is the end.“

On how he was able to keep his illness away from the media until he was better. “I left social media and some other things I was doing at the time so that people do not know what was happening. I didn’t want it to get out there without been sure of what it was. News started trickling out after the surgery about me been ill and there were different gists from every corner.“