Ice Prince Hooks Up With Sean Paul In Rwanda 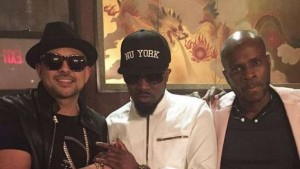 Chocolate City rapper, Ice Prince was quite excited to hook up with Jamaican superstar, Sean Paul in Kigali, Rwanda.

The Nigerian rapper met Sean Paul at the World Peace One Day concert in Kigali where both of them thrilled the fans.

The rapper shared a picture of him with the Grammy award winning act on Instagram today (September 22).

The song was described as “quite infectious and groovy” by Joey Akan of Pulse.