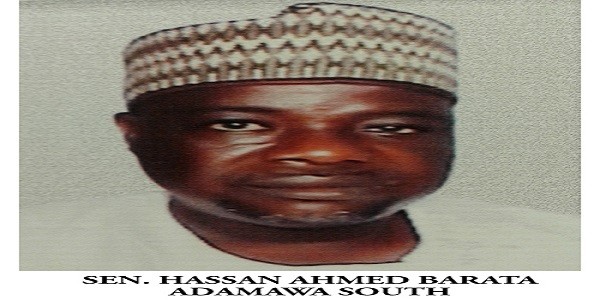 A former Senator representing Adamawa South, Hassan Ahmad Barata on Friday denied a viral news report that he had been detained in Saudi Arabia for making false claims.

The former senator said since completing his tenure in the 7th Senate in June, he has not traveled outside the country and denied the reported claim that he has dumped the All Progressives Congress (APC) after failing to clinch the party’s governorship ticket.

“Since I left office, I have not traveled anywhere; I have not gone to Saudi Arabia and I have not even traveled to Cameroon.

“I had been receiving calls from many Nigerians but I have told them that if I am in detention in Saudi Arabia, I could not have been talking to them.

“I am under pressure to sue for libel but this newspaper belongs to us, I cannot go to court against my boss whom I respect so much”.

Responding to a question, Barata said: “Since 1999, I had been in the National Assembly. I would rather be a Senator than being a staff of an embassy. Which one do you think is more honourable?

“The story is somehow because as I am talking to you, I traveled with the Governor of Adamawa State from Yola to Kaduna for a meeting of some governors.

“If I don’t belong to APC, I won’t be able to travel with him. I have not defected to any party”.
He also denied the report that he was still official or diplomatic passport.

Barata added: “I have never been using official or diplomatic passport because I want my passport to be rich. I prefer to be using my green passport.

“It is such a mischief. I have surrendered everything in my position. This is not my first time in the National Assembly”.