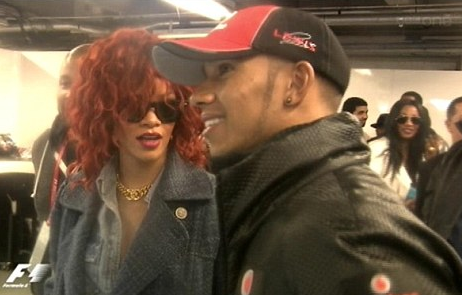 For months there have been rumors that Rihanna and Formula One champ Lewis Hamilton were secretly dating. Though Lewis has said in the past that they are just friends and nothing is going on between them, insiders tell Life & Style that Lewis is tired of pretending & wants to public with RiRi

”Lewis has asked Rihanna to be his date at the Italian Grand Prix in September. It’s a big deal because he’s the biggest star in Formula 1 racing and all eyes will be on him. He wants Rihanna by his side.” the source said