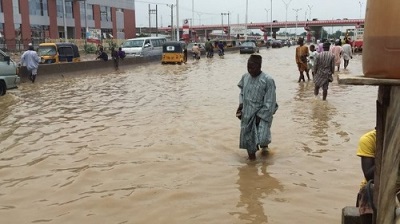 The Kano State Government has donated N15.8 million worth of cement and roofing sheets to 415 flood victims at Hungu and Faragai villages in Albasu Local Government Area.
The Executive Secretary, State Emergency Relief and Rehabilitation Agency (SERERA), Alhaji Ali Bashir, made the disclosure in an interview with the News Agency of Nigeria (NAN) in Kano on Wednesday.
Bashir said the gesture was part of the government’s effort to support the victims to rebuild their houses and alleviate their sufferings.
According to him, the government and the senator representing the area, Sen. Kabiru Gaya, have also provided them with some food items and clothing materials shortly after the incident in July.
“The governor has since visited the affected villages where he symphasise with them over the incident”, he said.
He said the governor had also directed the agency to visit 13 local government areas that were affected by recent flooding in the state.
The executive secretary said the agency was currently on tour of the 13 flood ravaged local governments, and would submit a comprehensive report to the state government for immediate assistance.
He said similar report would also be sent to the National Emergency Management Agency (NEMA) for possible assistance to the victims. (NAN)