Kennedy Izuagbe, a former director of Societe Generale Bank Nigeria Plc and managing director of Carlisle Properties and Investment Limited, a company owned by Bukola Saraki, has been declared wanted by the Economic and Financial Crimes Commission (EFCC). 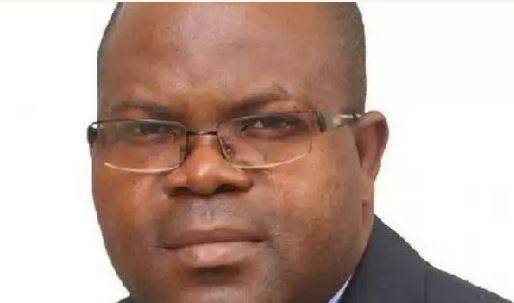 According to Wilson Uwujaren, EFCC spokesman, Izuagbe (45) who is being investigated in a case of conspiracy and money laundering to the tune of over N3.6 billion, has gone into hiding and all efforts to reach him have proved abortive.

“He is linked to the several shady deals and gross financial misconducts that took place in the bank, in which several millions of naira were granted as loan without due diligence,” Uwujaren said.

“The suspect, who is believed to have fled the country, is a native of Iviukhua village, near Agenebode, Etsako east local government area of Edo state.

“The EFCC enjoins members of the public with information on the whereabouts of Izuagbe to contact any of its offices in Lagos, Abuja, Port Harcourt, Enugu, Gombe and Kano, or the nearest police station.”

Saraki is facing a 13-count charge by the Code of Conduct Bureau (CCB)  for “false declaration of assets”.

He denied the allegation, though, claiming he was being persecuted for fighting corruption. His wife, Toyin, is also being investigated by the EFCC.