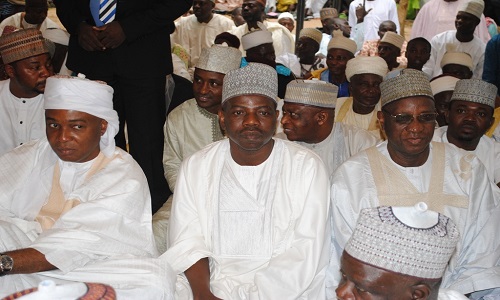 The Kwara State Government has strongly condemned the attack on dignitaries at the Ilorin Eid praying ground during Thursday’s Eid-el-Kabir celebrations.

It described the action as “absurd, barbaric and unislamic”.

The government’s position was contained in a statement by AbdulWahab Oba, the Chief Press Secretary to Governor Abdulfatah Ahmed

According to the statement, the state government said it heard of plans by some aggrieved politicians in collaboration with some of the local government employees and teachers to protest arrears of salaries owned them by their various local government authorities.

“As a result of this government quickly went out of its way to negotiate and secure bank loans to offset the arrears pending the time when the federal government bailout will be released as a result of which the concerned workers promptly received their salaries as directed by the governor.

“Government therefore wonders for what purpose and to whom the attack on Thursday was directed since majority of state and local government workers, including primary school teachers, have received their salaries”, it said.

The state government said those that are yet to receive their salaries will be paid on Monday as Thursday and Friday are public holidays.

The statement pleaded with politicians not to turn the state of harmony into another state of violence urging the police to bring to justice without delay, those already apprehended while imploring the people to mark the Eid El Kabir holidays peacefully and with prayers for the quick resolution of the challenges facing the national economy.

The government said there was therefore “no reason for anyone or group to spread negative rumours or incite trouble on any account as Governor Abdulfatah Ahmed approved the payment of state and local government workers last Tuesday in anticipation of monthly allocation to the state and Federal Government salary bailout for local government councils”.