How do you hit a man that’s 71 years old? A man was arrested Wednesday after allegedly beating up a 71-year-old during a road rage attack this past weekend. Police say the incident was reported at about 6 p.m. Saturday. 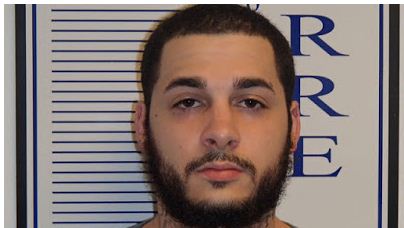 When police arrived on the scene they found a 71-year-old man who was hit in the face several times. The man told police he was pulled from his car on the side of the road after another car tailgated him for about four miles.

25 year old Ryan Kobus was arrested on Wednesday in connection with the attack.

The elderly man had hearing aids in which were destroyed when he was beaten. He was taken to the hospital with serious injuries and later released.

Police say the investigation remains ongoing and they are working to figure out if anyone else was in the car with the attacker.

Share
Facebook
Twitter
WhatsApp
Previous articleIbinabo Fiberisima And Husband Denies Divorce Rumors, Says There Is Nothing Like That [PHOTOS]
Next articleMilitary Take Over Government In Burkina Faso, Dissolves Interim Government
- Advertisement -Ad ==> Discover how a young Nigerian graduate now makes a consistent 40k per week doing a legitimate online business. You too can start yours now, click here!!!