The Delta State Police Command has arrested a 46-year-old man, Morris Ndidwe, for allegedly raping his 11-year-old daughter and for impregnating a neighbour’s daughter. 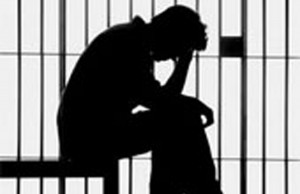 According to reports, Ndidwe’s wife alleged that her husband had made several attempts to have carnal knowledge of his 11-year-old daughter in the past before the last one that landed him in police net. She claimed that her husband’s behaviour had made her quit the marriage initially and that she only returned after several appeals and an assurances that he had turned a new leaf.

She said, “I initially moved out of my matrimonial home after my husband impregnated a neighbour’s daughter.
“My daughter always told me what she went through in the hands of her father whenever I was not around and when I confront my husband, he will deny every bit. One afternoon, I returned from church and caught him with our daughter. Again, after much pleading, saying he will stop the act from that moment, I relented on my resolve to quit the marriage.”

Ndidwe’s wife added that the last straw that broke the camel’s back was the event that transpired recently.

She said, “A few days ago at about 9pm, my husband drove me to the church for a vigil. He was alone with our children. The following day when I returned, my daughter told me what her father did to her. When I decided to check her private part, my husband refused and almost beat me, but my neighbours intervened.”

Punch reports that the victim has asked the police to prosecute her father, saying she wanted him jailed because he might do worse things to her.
The state Police Commissioner, Alkali Baba Usman, who confirmed the arrest of the suspect, said he had made useful statements to the police and would be prosecuted and charged to court as at when due..