Tragedy struck in Abesan Estate, in the Ipaja area of Lagos State over the weekend after a certain Nelson Oamen, stabbed his father, Ehiremen Oamen, to death during a squabble. 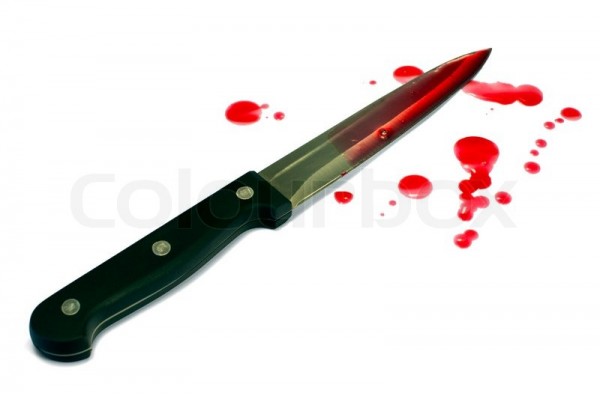 It was gathered that Nelson, reportedly escaped from his father’s apartment in Block 272, on Friday, after he removed the septuagenarian’s heart and took it away.

Punch reports that the 74-year-old deceased, a native of Edo State, had been living in the estate with his family for over 15 years.

He was a retired worker in a company in Apapa and was battling with stroke, and usually remained indoors before the incident.

Report says at about 2pm on Friday, Nelson had gone to his father’s apartment and an argument erupted between them.

Nelson, who was suspected to be under the spirit of drugs, allegedly stabbed his father to death in his bedroom, and covered his corpse with a blanket.

He was said to have sneaked out of the house.

Nelson’s younger sister, who came into the house a few minutes later, told newsmen that she found traces of blood in the family’s sitting room.

She was said to have discovered Ehiremen’s corpse on his bed, after which she raised the alarm.

It was gathered that the matter was reported at the Ipaja Police Division.

Nelson’s elder sister, who came from Abeokuta, Ogun State, said the family could not say what caused the argument between her father and Nelson.

She added that Ehiremen had been physically attacked by Nelson in the past.

She said, “For about five years now, dad had been nursing a stroke, and he could not work again. So, he used to stay at home. Nelson did not have a stable location. He just came to the area on Friday.

“I was told that he came in through the window before committing the act. His younger sister, who has a shop in the area, came in a few minutes later to change her clothes, and first observed bloodstains in the sitting room.

“She then traced the bloodstains to daddy’s room, and found out that he had been killed. We have not seen any sign of Nelson since then.”

The Lagos State Police Public Relations Officer, DSP Joe Offor, said the police were on the trail of Nelson and would soon get him.