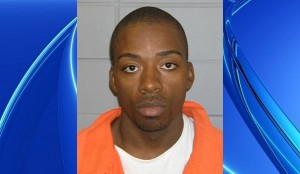 A prison inmate filed a lawsuit against officials because they allowed him to escape from his cell by climbing down a 17 story building, according to court documents in Illinois. 40-year-old Jose Banks wants $10 million after suffering from trauma following the escape from the high-rise prison building. Read more from Scoop:

Now, the Seventh U.S. Court of Appeals dismissed the lawsuit because a prisoner doesn’t have a right to be better monitored or restricted.  The court also ruled that prison officials have no obligation to prevent inmates from committing crimes. According to the police investigation, Banks and his cellmate let themselves down 17 stories with a rope made of bed sheets and dental floss.

When the reached the street, they called a taxi and left the scene. Banks was captured after a few days on the run. In the lawsuit, Banks wanted compensation because he feared for his life while dangling from the high-rise building.

Banks has to endure more stringent restrictions than other inmates in prison because of his escape. Banks was sentenced to prison after being convicted of bank robbery.