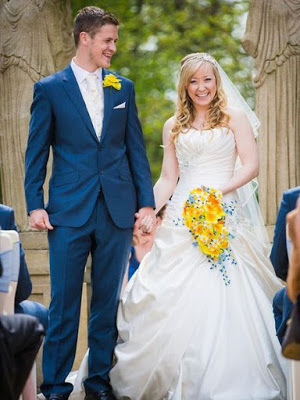 28-year-old Rebecca Morris-Roberts suffers an extremely rare condition which stops her heart and breathing until she is technically dead. But seconds later, her body manages to ‘jump-start’ itself, bringing Rebecca back to life. 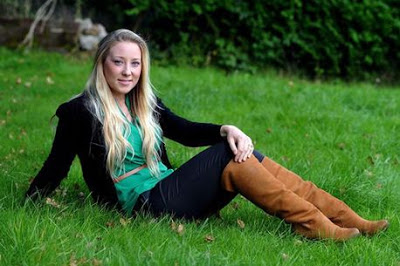 She has suffered reflex anoxic seizures – thought to affect only four people in the UK – since she was a teenager. And they are usually brought on by a bout of nerves.

“My eyes roll up into my head, my lips and face turn grey, my body stiffens, I stop breathing and begin to convulse,” she said.

“When I go through it I’m out for the count and I don’t know anything about it until I come around. My body somehow ‘defibs’ itself. It’s such an unusual condition and I have no idea what causes it. I do something even superheroes can’t do – I regenerate!” 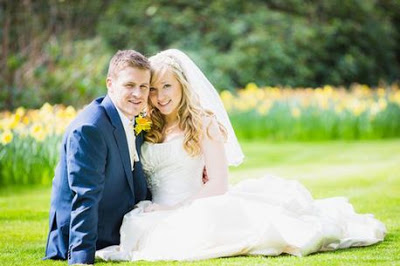 So when she decided to tie the knot with long-term boyfriend Elfyn Morris-Roberts in April 2014, her family feared she might “die” walking down the aisle.

After much deliberation Rebecca, decided to have a pacemaker fitted just three months before the big day.

“I didn’t initially want to have it. From the age of 16 to 21, I was told by various doctors that I was making it up and being a drama queen,” said Rebecca, who is originally from Wrexham.

“So when I was diagnosed with reflex anoxic seizures I finally felt like I’d taken control. Mentally, I wasn’t ready for a pacemaker. I didn’t want to look back at our wedding photos and think something else was helping me live. But then I was told that every time I had an episode it would diminish my chances of recovery by 10%. I was living on borrowed time. That’s when I realised I was being selfish so I decided to have it fitted – 54 years earlier than the average pacemaker.”

Adrenaline junkie Rebecca, who has worked as an outdoor activity specialist and loves canoeing and abseiling, said her wedding day went by without needing to call the paramedics.

“I have always had a fear of being in front of people and my father followed me around the whole venue because he feared something would happen,” she added.

“But I was completely relaxed. I was so proud to be sat at the top table looking at all the people who had been brought together. They all know what I’m going through and they didn’t pity me. I didn’t have to hide anything from them. It was incredible.”

Former student Rebecca met love-of-her-life Elfyn during her time studying for a degree at Bangor University.

“I had been with him for eight months and then I was diagnosed so he was really thrown in at the deep end,” she joked.

“He’s found me after a few episodes but he’s only properly seen one. We share a bed together and when my breathing gets shallow he frantically wakes me up asking if I’m okay.