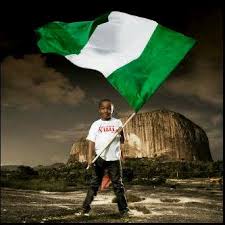 Yesterday President Muhammadu Buhari was reported to have reluctantly approved N70m to be spent for the Independence day celebration.

Nigeria will mark her 55th independence anniversary on October 1.

The Secretary to the Government of the Federation (SGF), Babachir Lawal who briefed journalists in Abuja yesterday said President Buhari approved the N70 million although he would have preferred the money to go into the payment of workers’ salaries.

Based on this backdrop, INFORMATION NIGERIA sought out the reactions of Nigerians to this development. We’ve put together some of the reactions below:

Chizo Yakubu Innu praised Buhari for trying to be prudent with the spending of Nigeria’s depleted resources. He noted that it was a good improvement from what the last administration spent on “the last Independence Day celebration which gulped N11b”. Sunny Egubare on the other hand thinks the president shouldn’t be spending this much giving that most public workers in the country have not been paid their salaries in a while. He said to Buhari, “pay workers”.

Ifunanya Doris opined that no money should have been approved in the first instance as there is “nothing to celebrate”. In light of all the challenges the country is facing at the moment, she thinks Nigeria should not be celebrating Independence Day.

An advice was given to Buhari by Ernest Chima Osigwe on a better way to go about the Independence Day celebration without spending tax payers money. He said “if you ask me, I will say government should get some sponsors for this celebration and stop wasting money on French wines for already rich people, if Telecom firms can pay all these whack musicians hundreds of millions for brand image then there’s no reason why they can’t sponsor this celebration”.

Believe Iselese thinks the N70m will be better spent if they use it to pay workers’ salaries as many Nigerians would feel the direct impact as against spending it on the celebration which will only be attended by the cream de la cream. Celestina Ogbeh opined that though the last administration would have spent the N70m on baking cake alone, the money is still too much considering the fact that the money could be better spent in a way that would impact the citizenry even more directly.

Moses Udo was of the opinion that Buhari publicizing how much he was ready to spend on the celebration is a move to undermine the administration of GEJ. He said “Buhari should stop this eye service for people to see him as the best so that they can castigate GEJ. Buhari should do the right thing and stop taking the country backward. Independence Day is a tradition of all country in world and it cannot be avoided. Buhari should have just found a way to do it than trying to spoil the name of a man who reinstated what you (Buhari) blood sucking military rulers destroyed. All Buhari has done since assuming office is to find fault in GEJ’s administration for people to see him as the best”.

Akhibi John Oyakhir said “even the N70m is too much. What are we celebrating at 55? Corruption, hunger, unemployment, insecurity, high school fees at the tertiary level and other problems facing the country?