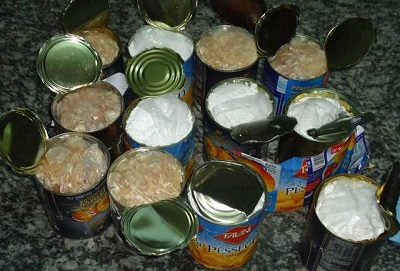 The National Drug Law Enforcement Agency (NDLEA) recorded another major success in its war against drug trafficking following its interception of 7.576kg of white cocaine and 3.885kg of crack cocaine being smuggled from Brazil.
The total weight of the drugs, 11.461kg has an estimated street value of N57 million.
The NDLEA also announced that its operatives have arrested five suspected drug traffickers in connection with the seized drugs.
Unlike white cocaine, seizures of crack cocaine are a rare occurrence in the country.
According to the NDLEA Commander, Murtala Mohammed International Airport, Lagos Mr Hamza Umar, one of the suspects Omoluonye Izuchukwu Simon, was caught with both white and crack cocaine in tins weighing 7.785kg.
The crack cocaine weighed 3.885kg while the white weighed 3.900kg.
“Akubueze Kyrian Nonso, 28 years old had 1.110kg by the side of his luggage while Obidike Onodyer, 40 years old ingested 11 wraps of cocaine weighing 0.485 grammes.
“Others are Onyeabor Maduabuchukwu Friday, 35 years old found with 74 wraps weighing 1.256kg and Ifoh Emma, 37 years old was caught with 34 wraps weighing 0.710 grammes”, he stated.
Mr. Umar added that apart from Onyeabor Maduabuchukwu Friday, who hails from Enugu State, the other suspects are from Anambra State.
One of the suspects Ifoh Emma, who claims to be a barber in Brazil, said he got involved in the drugs business to sustain his family.
Chairman/Chief Executive of NDLEA, Ahmadu Giade, called on members of the public to shun drug trafficking and engage in legitimate business ventures.