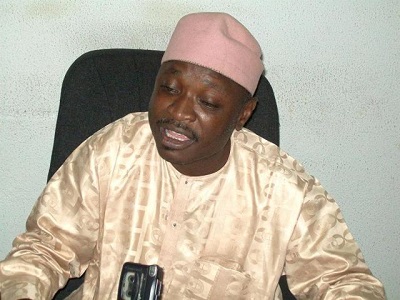 The Chairman/Chief Executive of the National Drug Law Enforcement Agency (NDLEA), Ahmadu Giade has approved the redeployment of the commander at Murtala Mohammed International Airport (MMIA) Lagos, Commander of Narcotics (CN), Hamza Umar to Kano State Command.
According to a press statement released by the Agency on Monday, Hamza takes over as Kano State commander from Commander of Narcotics (CN), Ahmadu Garba, who is now the commander at the Lagos airport.
The redeployment, it stated, is consistent with the agency’s policy on command appointment and postings.
Hamza, a fellow of the Nigerian Institute of Policy and Strategic Studies (NIPSS), is also a recipient of the prestigious National Award of Officer of the Order of the Niger (OON).
Under his watch at the Lagos airport command, the NDLEA made tremendous drug seizures and high profile arrests.
Between January 2010 and August 2015, a total of 747 suspected drug traffickers were apprehended at the Lagos Airport with 2,823.93kg of narcotic drugs.
In the statement, the newly deployed Commander of Narcotics in Kano State attributed his success in Lagos to the support and cooperation he got from the Nigerian media.
“I remain indebted to our media partners for their wonderful support and cooperation. The coverage of our operational activities is highly commendable. I am optimistic that future collaborative efforts will further help to reduce the menace of narcotic drugs across the world”, he said.
Hamza equally called on the media to extend the same level of support to his successor.