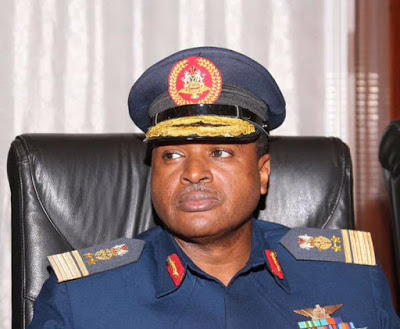 The Chief of Air Staff, Air Marshal Sadique Abubakar, has said air operations in the North East are creating the enabling environment for the army to mop up terrorists locations in ongoing counter insurgency efforts.

The CAS said: “So far, the Air Operation in the north east are creating the enabling environment for the army to move unhindered in the conduct of their operations.

“We have substantially degraded the capacity of the terrorists to move freely in Hilux vehicles ravaging villages and murder innocent citizens”, adding that: “they will never move freely again to slaughter our citizens or capture our military units”.

Abubakar also said the Nigerian Air Force regards safety as a core function, and as such, strives to develop, implement, maintain and constantly review its safety strategies to ensure operations are conducted with acceptable risk levels.

According to the CAS, the best global practices aimed at meeting national and international safety standards must be pursued, adding that the Air force will promote collaboration with Nigerian universities and research agencies to boost its research and development efforts.

“This is the time to be very careful about safety, because you can’t afford to lose anything, whether it’s an air craft or human being, training one pilot will cost a lot of money so we want to make sure we are operating within standard and our pilots are safe and equipment are safe”, Abubakar said.