As if Nigeria as a country does not have enough weirdness going on around, some Nigerian celebrities have decided to add to the whole weirdness. These weirdness works for some of them while others, maybe not the best idea. INFORMATION NIGERIA in this piece looks at these celebs with strange personality and bizarre outward appearance. 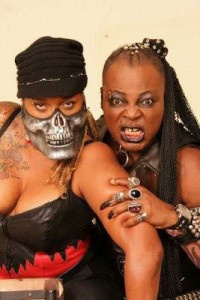 Charlie Boy: In his own weird way, he has nicknamed himself the area fada of Abuja. The funny thing is that most Nigerians do not know exactly what this 60-year-old man does for a living, but they know him anyways; for his weirdness. Everything about this man oozes evil and weirdness. He has so many tattoos and piercings even at his old age. The area fada’s wife has also taken after his weird outlook appearance. The couple now appear in their trademark weird and fetish photoshoot together. 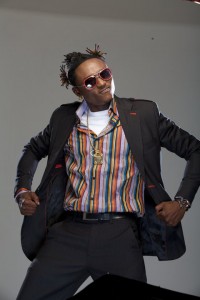 Terry G: The singer got all the attention he needed to make a name for himself in the music industry with his very raze lyrics and weird look. Terry G can sometimes look really scary with his red eye (probably the result of smoking weed) and well out of the ordinary dreadlocks. 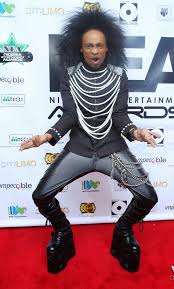 Denrele Edun: It’s all over the top with this dude. The outfits, the platform shoes that are almost 2 feet tall (taller than most ladies can handle), the excessive make up (enough to make anyone look like a doll), his hair and his mannerisms (that can turn the belle of a right thinking individual). There’s no moderate version with this guy. He is the real definition of weird and quirky. 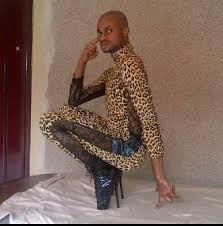 Prince Uzoegwu: This guy makes celebrities look great and gorgeous, not much can be said on how he makes himself look. He loves to dress in a feminine manner thus earning him several unpleasant remarks on his fashion and style sense. 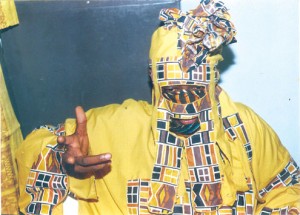 Lagbaja (The faceless man): His mask is used as an icon of man’s facelessness. Lagbaja is a Yoruba word that means “nobody in particular”. It depicts the anonymity of the so-called “common man”. It’s weird no one knows how you look. This is the only celebrity no one recognises his face. 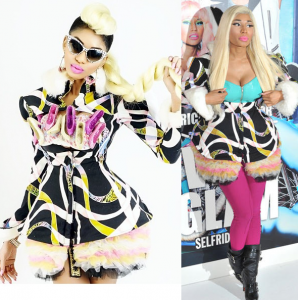 Dencia: We can’t really decipher if she’s really weird or just a massive attention seeker. She hits up many award shows in the US halfway looking like Nikki Minaj (intentionally we think) but then rants when the media mistake her for Nicki. And let’s not get started on her everlasting beef with Lupita that she still likes to hang on to. Anyways you slice it, attention seeking or just off, she still comes off as weird. Not in a good way.