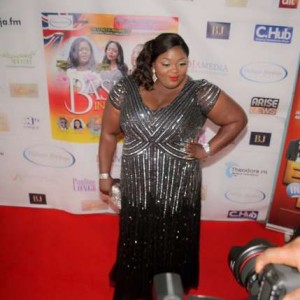 Plus sized Nollywood actress, Eniola Badmus, has decided to get herself a septum ring to switch up her looks.

The actress who is of Yoruba origin shared a photo of herself rocking a brand new septum ring.

Although majority of her fans have attacked her over the nose ring, it may actually further emphasize her stereotyped roles in movies.