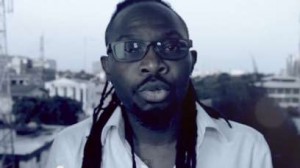 Veteran Nigerian music producer, OJB Jezreel who was a victim of kidney disease in 2013 but had a successful kidney transplant within the same year, has spoken about his plans to help people with kidney problems.

Speaking to Hip TV, OJB said his kidney ailment foundation is based on the principle of social business.

“So what we are looking at is to start a social business, something that allows the investors to have something to earn and at the same time do the CSR pat of it which is where we come in from the foundation” OJB told Hip TV.

Speaking further OJB said “The social business…is giving back in two ways, organize a talent show, get people on the talent show, whatever revenues come out from there, the sponsors or whatever it is a certain percentage goes into the foundation.

“We want to see how we can in the next one year to put a dialysis centre together, even though its one or two. The truth is how many people can you really carry out to say you want to go and do surgery for but it is easier to say let me do a dialysis. Let’s do that. Let’s try and take care of that because in America people are on dialysis machines for like ten years, fifteen years.“

Early this month OJB had to clarify his statement concerning super star Wizkid; in earlier reports it was claimed that the producer said he was responsible for Wizkid’s success and not Empire Mates Entertainment.

Dismissing the story, OJB said “What I asked was whether I feel regret that Wizkid didn’t blow under me and I explained to the person I have no little regret at all. I mean Harrysong was with Question Mark for years and you cannot tell me Question Mark did not invest into him but hey nothing came out of it.

I just saw the titled coined ‘I discovered Wizkid’. Well in the career of Wizkid getting up you cannot say I did not play a role, but I mean I am too big to be worrying about who I discovered and who I didn’t discover. That’s not my issue now” stated the veteran music producer.