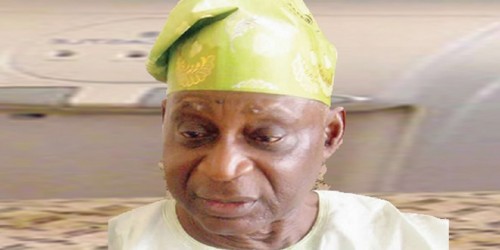 Afenifere chieftain, Senator Femi Okunrounmu, has lampooned northern leaders calling for a fresh national conference, saying that it was unfortunate that they could denigrate the 2014 confab organized by the outgone Goodluck Jonathan administration.

Some prominent northern leaders under the aegis of Northern Reawakening Forum, led by a former member of the House of Representatives, Mohammed Kumalia, had called for a fresh conference, describing the last one as a Peoples Democratic Party affair.

However, Okunrounmu, who was Chairman of the Presidential Advisory Committee on the National Conference, expressed suprise that Kumalia, who was a member of the conference committee on political reforms, could utter such words.

He said, “Kumalia was a co-chairman of the National Conference Committee on Political Restructuring and Form of Government that deliberated on many of the political reforms. He and Gen. Ike Nwachwukwu were the co-chairmen and I was a member of the committee.

“He (Kumalia) signed the report of the committee. So, for him to be saying the conference was a Goodluck Jonathan agenda is very dishonest. To begin with Jonathan was very clear that he had no agenda when he inaugurated it.

“The conference determined its own agenda unlike other conferences. This is the first time that the government gave the delegates a free hand to determine its agenda and so on.

“So it is very dishonest of Kumalia to say the conference was a Jonathan agenda”.

The Afenifere chieftain said he was not surprised that northern elements were launching a fresh offensive against the confab report.