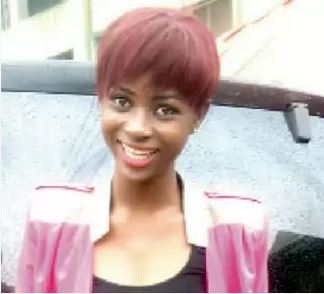 The neighbourhood of the University of Lagos, undergraduate, Oluchi Anekwe, who was electrocuted on campus last Tuesday evening, has perhaps seen more visitors over the last few days than at any previous time in its history, as sympathisers thronged the sprawling Okota suburb in Lagos to commiserate with the household.

It is the most difficult period for the Anekwes, a catholic family from Aku in Igbo-Etiti Local Government Area of Enugu State.

The father of the deceased, Chief Basil Anekwe, while expressing his disgust at the incident, said the family was at a loss.

“It still feels like a dream that my daughter is gone.”

“She was the star of the family.” “Always striving to become the best at her academics. Even as a first class student, she wasn’t satisfied, she wanted to break records and was already discussing where she would prefer to do her Master’s degree. That was who Oluchi was.”

He continued: “On Sunday, when I saw Oluchi, she said I should send her some money for upkeep. On Tuesday, I was planning to send about N30,000 to her, when I learnt about the incident. I was initially told it was a mere accident.

“I am only glad that my daughter did not die returning from a party or an offensive place; she died returning from the presence of God. The university delegation this morning brought a letter to me from the VC.”

She said Oluchi could have survived had staff of the UNILAG medical centre attended to her immediately she was rushed to the facility, – authorities had insisted on seeing her Identity card before checking her.

Nkem also revealed that her sibling had a premonition of something terrible happening a few days before the sad incident.

“Last Sunday while at one of our prayer meetings in church, the man of God asked us to rebuke every monitoring spirit assigned to follow us about. Immediately, Oluchi got on her knees and started praying seriously, crying for God to rebuke evil away from her. I had never seen her pray like that before. It was as if she knew death was around the corner,” Nkem said.

Remains of the late Oluchi has been taken to the Igbo-Etiti local government area of Enugu state on Friday, September 11, for burial.

Academic activities at the university have been grounded since the incident happened, as the students of the institution took to the campus to express their displeasure over the mishap.