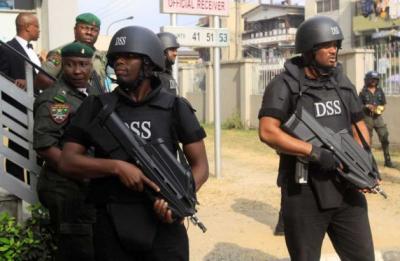 The Director of Media and Publicity of Oodua People’s Congress (OPC), Barrister Yinka Oguntimehin, has condemned the gruesome killing of 10 operatives of the Department of Security Services by pipeline vandals in Isawo area of Ikorodu, Lagos state.

Oguntimehin in a press statement in Lagos on Thursday, described the action of the vandals as “highly condemnable” and “brazen in its criminality, which is injurious to the national psyche only perpetrated by sub-human beings who are not fit to live”.

He lamented that, “it is sad that some miscreants who are being financed by a sinisterly powerful and deadly oil mafia have put paid to the lives and brilliant carriers of 10 wondrous well trained members of the Department of State Security Services”.
The OPC spokesman noted that the death of those men of honour at the point of service in such a gruesome circumstance was a pointer to the fact that the war against pipeline vandals is not a tea party’s affair, which can be taken or approached with kid’s glove

“The death of the bright DSS operatives though sad and sorrowful is a testimony to the fact that the war against pipeline vandals and protection of our common wealth should not be localized within the confine of the regular security agents alone.

“This unfortunate event should kindled our sense of perception and reasoning and task patriotic feeling in us to always treat national issues without sentiment”, he said.

Oguntimehin tasked the Federal government on the need to realise that oil pipeline vandalism has grown from being a past time of petty and tiny miscreants of the society and assumed “an organized high level criminality dimension being controlled by powerful and blood tasting mafia who cannot be dislodged solely by the regular security agencies”.

He suggested that “it is high time for the Federal government to stop being mono focal in its effort at putting a stop to the activities of vandals with the regimentation to the belief that only the regular trained security agencies can do it”.

He also stressed that, “The recent three months monitoring of the pipeline by private groups has proved to all that the engagement of the so called irregular or the socio-cultural groups brought modicum of stability and sanity to pipeline vandalism. This is a pointer to the fact that the war against pipeline vandalism should not be restricted to the regular armed forces”.

“As it is, the Federal government should confront this dare devilry act of pipeline vandalism by involving both the regular armed agencies and the socio-cultural groups which have been tried and successfully monitored the pipelines without major calamity and waste of human resources like this”, he adds.

The OPC spokesman, therefore, called on the Federal government to set up a dual joint action task force which should include the regular security agencies and the socio-cultural group to combat the deadly activities of pipeline vandals in Nigeria.

Barrister Oguntimehin while commiserating with the nation over the death of the DSS operatives, charged the security agencies to fish out the perpetrators of the gruesome murder.