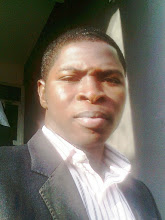 Few weeks ago, Aylan Kurdi became the face of the unfolding human suffering.

It took a horror story about a truck full of corpses in Austria, and a poignant photo of a drowned child– Aylan Kurdi, to raise the pity of the world.

Who could not have been moved by the picture of this little boy whose father risked his life and the lives of his family, in search of a better life somewhere in Europe? The Kurdis were not sure how, but they needed to leave Bodrum, Turkey, and get to Kos, Greece, with its promise of a life free of war.

Unfortunately, that was not to be. Aylan Kurdi’s lifeless body washed up onto the shore of one of Turkey’s fashionable beaches as a grim reminder of how unjust and ephemeral life truly is.

For the past months, the refugee crisis has been building in Europe and European Union leaders have seemed divided and at a loss as to how to deal with it. Not since World War II has the world seen such a movement of people in search of safety. The International Organization for Migration has been consistently calling for those fleeing war-zones, dictatorship and devastation to be treated with dignity and within the bounds of international law. Yet, there is very little dignity when men, women and children risk their lives to cross the Mediterranean in search of a home and die in rickety boats operated by ruthless smugglers. Images of men and women being numbered as they reach Lampedusa, Italy, show the stark reality of life as a modern-day refugee or asylum-seeker; the loss of a name and identity, only the number, marking one out as someone ‘processed’ and ‘captured’ by a system which seems to be buckling under political, social and financial pressure.

Meanwhile, something needed to turn the tide of public sympathy too and Aylan Kurdi’s tragic death seems to have done just that. His tragic death awakens the humanity of man. And as impatient migrants waited to board a train in Budapest, hundreds of Germans were waiting at train stations across the country to welcome refugees.

Also in England, Prime Minister, David Cameron, with one foot outside Europe, was forced to soften his country’s stance on creating space for those fleeing war and devastation. Many in London have offered to open their homes to those in search of a new life. Perhaps an impractical solution long-term but the world seems increasingly moved to compassion. That represents a welcome counter-narrative to the war-mongering and suffering witnessed across the globe daily.

In the face of such human tragedy it is easy to forget the context. The United Nations and the leaders of the world have been unable to stem the tide of violence and destruction. Meanwhile, back home in Nigeria, who takes responsibility for the millions of Internally Displaced Persons (IDP) in the north eastern part of the country as the efforts to curb the Boko Haram insurgency continue?

One cannot help but think of Nigeria and the Boko Haram menace which broke out in 2009, which has left about 15,000 dead and about 2 million displaced from their abode according to data from The Internal Displacement Monitoring Centre (IDMC). Our government’s efforts towards the internally displaced persons have been ambivalent and ambiguous to say the least.

Aylan Kurdi`s tragedy represents the shame of a world disconnected from the injustice of war and human suffering. Yet here in Nigeria we might well learn from such tragedy and also from the Germans sitting in a train station in Munich waiting to welcome those whom the world has forgotten and then show more care and humanity to the internally displaced person in our own country.

There are about 2 million internally displaced persons in the north eastern part of Nigeria scrambling for food, shelter and clothing. Yet, all we do is; fold our arms and watch them live in an unhealthy camps that`s barely fit for animals let alone humans. Keeping people bottled up in places such as the IDPs camps, and watch them suffer under oppressive and unworthy conditions, where poverty, disease, war and famine rule, is inhumane by definition and a shame on us.

Those in the IDPs camps need better food, they need clothing, they need good shelter, and they also deserve a conducive environment to live. Our various contributions to make this achievable are the least humanity we can show to them.

Humanity beacons on us all. We all have a role to play in ensuring that humanity is sustained. No one should be found wandering, abandoned and suffering. No one should be found hungry! Nature provides lots for all that could actually go round. If only we feel the passion for humanity then we can as individual and collectively contribute our quota to safe a soul.