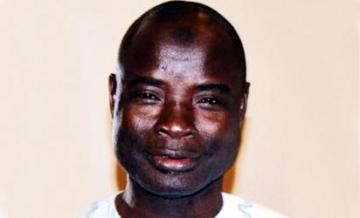 The Peoples Democratic Party (PDP) has tendered its apology to Commissioner of Police, Zakari Biu, for mentioning his case on a Nigerian Television Authority (NTA) Programme ‘Good Morning Nigeria’.

A statement on Monday by the national publicity secretary of PDP, Chief Olisa Metuh, said the party mentioned in passing, the issue of the reinstatement of Mr. Biu, while discussing the sensitivity and feelings of Nigerians on the war against insurgency on the programme.

“The comment is highly regretted, especially as we are now very much aware that Mr. Zaraki Biu’s exoneration and reinstatement were done in line with extant laws of the country, and is beyond any irregularity.

“We therefore sincerely and honestly apologize to Mr. Zakari Biu, his family, friends and associates, for this highly regrettable slip”, the party said.

Biu, a Commissioner of Police, was dismissed from the Police Force nearly four years ago for allegedly aiding the initial escape of Boko Haram kingpin, Kabiru Sokoto, from police custody.
Sokoto, who was the mastermind of the 2011 Christmas Eve bombing of a Catholic Church in Madalla, on the outskirts of Abuja, is presently serving a life jail sentence for the bombing, which killed 44 worshippers and left over 70 injured.

Biu’s dismissal came less than two months after the Police Service Commission promoted him as Commissioner of Police.

However, in a twist of fate, Biu was reinstated and statutorily retired last week, leading to allegations that the All Progressives Congress-led federal government is promoting a northern agenda and insensitive to the plight of victims of the Madalla church bombing.
But the Head, Press and Public Relations of the commission, Mr. Ikechukwu Ani, said that a meeting presided over by its chairman, Mr. Mike Okiro (retd), reviewed Biu’s appeal against his dismissal, exonerated him and retired him statutorily.