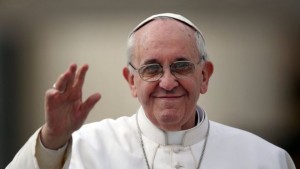 Pope Francis has unveiled reforms intended to make it easier for Roman Catholics to get annulments and remarry within the Church. The Church does not recognise divorce, teaching that marriage is forever. In order to separate, Catholics must have their marriage annulled by showing it was flawed from the outset. BBC reports:

The radical reforms allow access to procedures free of charge and fast track decisions, as well as removing automatic appeals. Until now the procedures have been seen as arcane, expensive and bureaucratic. Catholics seeking an annulment previously needed approval from two Church tribunals. The reforms will reduce this to one, although appeals will still be allowed.

The new fast-track procedure will allow bishops to grant annulments directly if both spouses request it. Due to their complicated nature, couples normally require experts to guide them through annulment procedures, meaning that gaining one can be expensive.

Without an annulment, Catholics who divorce and marry again are considered adulterers and are not allowed to receive communion.

Last year, the Pope set up a commission of church lawyers and clerical experts to look at how to streamline the procedure. Writing about the changes, Pope Francis said it was unfair that spouses should be “long oppressed by darkness of doubt” over whether their marriages could be annulled.