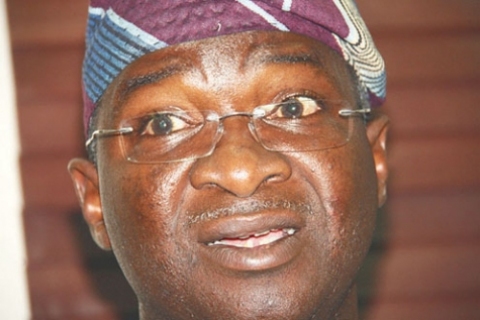 Former governor of Lagos State, Babatunde Fashola yesterday refused to make further comments about various allegations leveled against him while he was in office.

Reacting to a question during the 16th annual lecture of Bishop Mike Okonkwo tagged The Nigerian Political Class and The Citizens Quest for Good Governance, Fashola, who was the guest speaker of the occasion said: “About accountability, I did not know how you expect me to announce on the pages of newspapers that it is not the real issue.”

He described participation as one of the critical components of democracy. He, therefore, urged Nigerians to contribute their quota towards good governance in the country, while he called on political leaders to constantly keep in touch with the changing needs of their citizens through polls, surveys and other scientific models of empiric information gathering before formulating or concluding on policies.

“The constitution makes it clear that we all have roles to play if we must have a good life. It is not enough to elect brilliant or honest President and Governor and think that is the guarantee of good governance. But if you hear statements like, ‘government cannot do it alone’, citizens have a role to play, citizens must be interested in their own safety. Participation takes many forms, voting, payment of tax, helping out, asking questions and speaking up.”