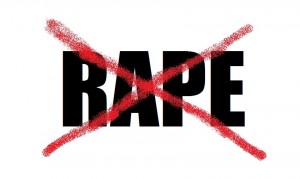 The urge to forcefully have carnal knowledge of a married woman has led to a man’s private part being cut off after he met his match in the woman. The incident happened in a community in Ikono Local Government Area of Akwa Ibom State, according to a reader who sent the report exclusively to Pulse.

According to the report, the woman identified as Mrs Iniabasi Okon took that drastic step when her husband’s best friend, Linus Ibok , trailed her to the farm on Saturday, September 5, after he had escorted her husband, a petty trader to join a vehicle going to Aba, Abia State, to purchase items for his shop in the village.

“Iniabasi was not surprised when Ibok went to meet her in the farm, thinking he wanted to help her as he was almost like a member of their family but the shock came when Ibok confessed undying love for her but when she told him in plain terms to leave the farm or she would report him to her husband, Ibok decided To Molest her.

But he did not know what the woman had in stock for him as she stealthily used her machete to chop off his randy manhood.  After that, she ran to the village and inform other villagers who rushed to the farm to meet Ibok in a pool of his blood with his sliced manhood. He was rushed to an hospital where he is currently receiving treatment while he will have to face the village elders whenever he is well enough.”