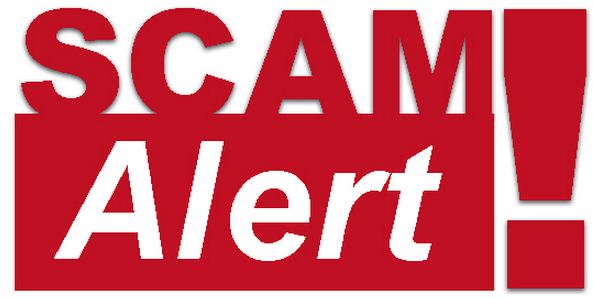 Visa Lottery
The desire to travel out of Nigeria in search of greener pasture is a weakness which fraudsters prey on. Visa lottery is one of the opportunities available to travel to America and Europe. These fraudsters open fake websites or adverts for Visa openings asking people to apply and pay a token. The string of payment begins when they inform you that you are close to securing a visa to the country of your choice. If you are not careful, you might end up paying more money than you would have if you were following the due process to secure a visa. At the end, the 419ers don’t even have any visa to provide.

Money Doubling
This trick involves being asked to provide any amount of money with the promise that the money would be doubled. The elaborate drama involves the supposed money doubler ‘successfully’ doubling the money provided by random persons. The idea is to get you interested especially if you are the greedy type. If you put in a little money and you get double the amount, you are likely to try with a bigger sum which is when you will be scammed.

Prophet Of Doom
This scheme is meant to prey on the weakness of those who subscribe to religion. These fraudsters are aware that most people in Lagos believe what they are told by religious leaders and thus pretend to be one. The fake prophet approaches and tells you he can see through some imaginary means that you have a spiritual problem and randomly mentions one or two problems you might be going through. He is likely to tell you that your great grandmother is responsible for your woes and he alone has to key to unlocking the bondage. If you believe him, you are likely tospiral down a tunnel of lies.

Small Investment; Big Reward
Investments, especially in Lagos is expected to yield big financial rewards but you should be wary of the ones were little is known about the ‘business’ except that you are only asked to provide some money and wait for your money to grow. The scammer might give you list of names and people ready to testify that the business is the only way you can make it big in Lagos.. as soon as you are in, you are likely to be in the scheme until you have sold all your things and borrowed more before you are left alone. By then, it is already too late to do anything as the scammer will disappear to the underground.

Familiar Face
This form of scam is activated and completed in less than a minute so you need to be careful andsmart. If someone suddenly grabs you in a friendly bear hug and says it has been a long time you last saw each other while you are struggling to see the person’s face, then you have been hooked. It is likely the person will release you from the grip, look at your face and apologise that you look very familiar and makes a comment that people are created in twos. As soon as the person goes, he is sure to have disappeared with your mobile phone, wallet and other valuables you have. How this is done remains a mystery but as soon as someone hold you in a deadlock, better push away and apologise later if the person is someone you actually know. It is better than being squeezed dry.

Bag Of Money
This trick is a very elaborate one meant to pull the victim in until there is no way out. The scammer who is a member of a larger group pretends to have stumbled upon a bad of foreign currency but the money is supposedly under the siege of a spiritual spell. The plan is toentice you with the large sum of money. You are expected to follow the group to a spell where the spell can be broken and the money will be safe for spending. As soon as you follow the group, you are definitely going to lose your money in a bid to pay for the spell to be broken.

Winning Number
With the different promotions being done by companies to reward their customers, scammers are keying into this scheme to defraud people in Lagos. Text messages are sent to random numbers that they are the lucky winners of largeamounts of money in the on-going promo of a company. A phone number is provided for you to call in order to claim your money. That is where the scamming begins as you are asked to pay some amount of money for the money to be transferred to you.

Foreign Relative
This scam also involves mobile communication butunlike the Winning Number” which begins with a text message, this scam is initiated with a phone call from a person who claims to be a distant relative and is living in one foreign country. The scammer then milks you a story about his decision to send you some goods and that you need to send some money to an account before the goods can be cleared. As soon as you fail to detect the scam, you are definitely going to pay a lot for your mistake.

Job
With a lot of people looking for jobs in Lagos, thisscam is not easy to detect. Lagosians lose their guards when there is the offer of a job and might not take the time to find out how credible the job is. This scam involve job seekers who were selected usually without applying for that job being asked to submit their Cv and some processing fee. The processing fee is not likely to end until the job seeker realises that he has been putting water into a basket.

Accident
This scam plays on Lagosians’ emotion which is usually uncontrollable when they get the news of an accident. In this case, the scammer calls to inform you that a member of your family is involved in an accident and is in critical condition. Your phone number was found on the victim’s phone and you are expected to send some money so the person can receive adequate treatment. It is reasonable to call the person’s number first or someone who might have more reliable information before proceeding. If not, you can realise too late that you have fallen for a 419 scheme