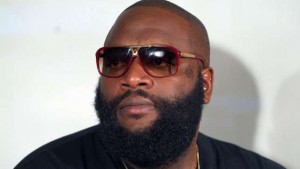 His baby-mama, Tia Kemp claims Ross yanked her luxury BMW B7 from his son….Rick Ross says he can’t steal something he owns!
On Thursday, September 10, Kemp posted a picture of the stolen vehicle which had their 9-year-old son standing by it on her Instagram and captioned, “Rick Ross takes the car from his Son Again!!”

A source close to Rick tells TMZ confirmed that he took the car, but it’s not theft since Rick paid for it.

Kemp also claimed the car belonged to their son but the source says Rick lets Tia use it to drive the kid to school, but it’s always been in Rick’s name.

Kemp went ahead to begin begging Ross’ friends on social media – LeBron James, Jay Z, Diddy, T.I and French Montana – to her convince the rapper to give back her car.

Meanwhile there are rumors that Tia’s feud is not even on the car but the fact that Ross has a new girlfriend, Lira Mercer.