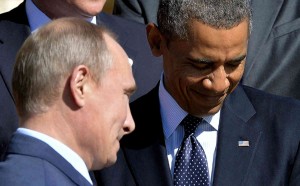 Russia and the US are expected to take part in Syria peace talks in October, along with Iran, Saudi Arabia, Turkey and Egypt, according to Russia’s deputy foreign minister.

According to Aljazeera, a meeting of an international contact group of the “most influential outside players” will “be pushed forward to October after the UN General Assembly”, Mikhail Bogdanov was quoted by RIA Novosti news agency on Monday as saying. “We have named the participants: Russia, the US, Iran, Saudi Arabia, Turkey and Egypt.”

Russian President Vladimir Putin has sent troops and aircraft to Syria in support of President Bashar al-Assad’s government. Putin is calling for a new coalition to fight the Islamic State of Iraq and the Levant (ISIL) group that would include Russian forces and Assad’s government.

He is set to make a major speech at the UN General Assembly in New York on Monday, before holding his first official meeting with US President Barack Obama in over two years. Bogdanov said others could also be invited to the October meeting, adding that Russia wants the talks to happen “as quickly as possible”.