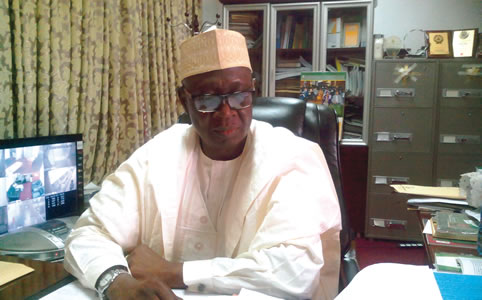 Following filing of a 13-count corruption charge against Senate President Bukola Saraki, the Chairman of the Code of Conduct Bureau, Mr. Sam Saba, has come under pressure.

It was gathered that the CCB boss called a meeting of all commissioners to retrieve and relocate some key assets declaration forms of public office holders to a special safe.

It was further learnt that the retrieved assets forms were those of President Muhammadu Buhari, Vice President Yemi Osinbajo, Saraki, House of Representatives Speaker Yakubu Dogara and the governors.

A source said: “Since the charges became public knowledge, there had been pressure on the CCB chairman but the bureau has no choice than to do its statutory work.

“Following the pressure, the CCB boss on Wednesday met with all his commissioners (who represent the six geopolitical zones) to retrieve some key assets declaration forms.

“At the session, one of the commissioners asked why he wanted to retrieve the assets forms from them, Saba said “to keep in a special safe to avoid anyone tampering with them”.

The source in CCB added: “We are hardly noticed as an agency but since Wednesday, the pressure has been much on the CCB chairman, commissioners and top directors”.

As at Thursday, the process of relocating the assets forms to the special safe had commenced.
Source: