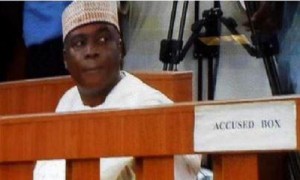 “In the name of God Almighty this country belong to all of us, it is not good for Nigeria to begin witch hunting with impunity. I am not criticizing any government but let us free Nigeria, Nigeria is for the blacks,” Ezeife told Vanguard in a telephone interview.

“If Saraki was the biggest thief, we do not know why the government waited until he became the Senate president.”

“All I am saying is that if Saraki is been removed today as the Senate president, I don’t think he is remove because of corruption but because of politics.”

Ezeife also called on the media to mount a press unit that will fight the unjust act.