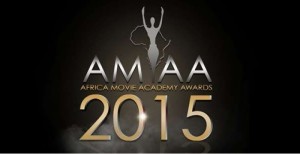 As I reported earlier, Saturday, September 26, 2015, was the day the Africa Movie Academy Awards went down at Port Elizabeth, South Africa.

The biggest names in Nollywood were present at the event including Desmond Elliot, Eniola Badmus, Iyabo Ojo, Kunle Afolayan, Robert Peters and more.

The Legacies of Rubbies (Nigeria)

Winner for Achievement In Make-up

Winner for Achievement In Costume Design

Best Actor in a Supporting Role

Best Act in a supporting role

Best Actress in a leading role

Best actor in a leading role