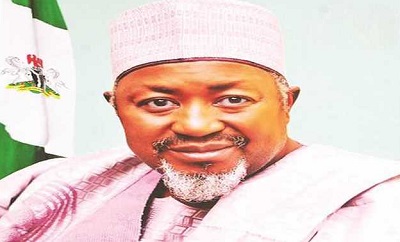 Governor Muhammadu Badaru Abubakar of Jigawa State, yesterday, confirmed that some Peoples Democratic Party (PDP) chieftains in the state are set to dump the party for the All Progressives Congress (APC).
According to him, those expected to decamp from the PDP were impressed with the participatory and open door policy introduced in the state by the APC-led government.
Badaru, who made the revelation in a media parley with journalists to mark his 100 days in office, said APC’s doors are open to everybody.
The governor’s statement has laid to rest speculations that some stakeholders of the PDP close to immediate past Governor Sule Lamido, would join the APC.
The move by the former governor’s political associates to decamp, however, did not go down well with some supporters and stakeholders of the governing APC in the state.
There were allegations that Gov. Badaru entered into a pact with PDP chieftains to give them key positions in his government when they eventually join the APC.
Badaru said: “It is true that very senior members of the PDP in the state as well as their supporters have concluded arrangement to join the APC in Jigawa and they are welcome. Remember, this is democracy and people are free to make their choices. We have been talking with them but I must also say that none of them is decamping because of any appointment or position in the government.
“They are impressed with our open door policy and the participatory nature of our government. Our government is humble and it welcomes ideas from all and sundry. We are not a government of know it all. We involve party stakeholders and communities in our policy formulation and implementation and they are impressed with the APC”.
Badaru said his government was working with the PDP chairmen in the 27 local government areas of the state without any problem.