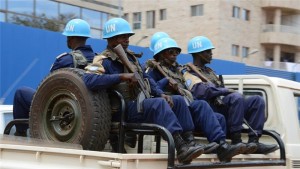 The last 72 hours have seen some of the worst levels of violence in Bangui, the capital of the Central African Republic (CAR), in over a year, according to Doctors without Borders (MSF), the medical charity.

The violence has overwhelmed medical facilities and crippled humanitarian work, the charity says.

Emmanuel Lampaert, head of operations at MSF in Bangui, told Al Jazeera over the phone on Tuesday that up to 150 people had been wounded in clashes between communities in the city since Saturday.

“This is the worst violence we have seen in a year, and this time the medical consequences are higher,” he said. “Our teams are also finding it difficult to move to areas with needs as the barriers to assist have become far more visible.”