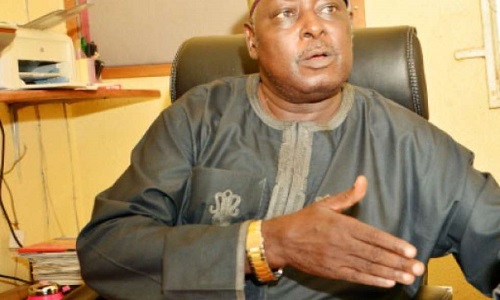 The Secretary to the Government of the Federation, Engr. Babachir David Lawal, has assured Nigerians that President Muhammadu Buhari would live up to his campaign promises of revamping the economy, improving internal security and fighting corruption.

He also charged Permanent Secretaries and civil servants to improve on their service delivery to the public and general productivity.

Lawal, who formally assumed office on Friday following his inauguration by the president last week, spoke via a statement by the Director of Press and Public Relations in the Office of the SGF, Mr. Bolaji Adebiyi.

According to Adebiyi, the SGF has since been receiving briefings from offices and agencies under his jurisdiction.

Among those that have briefed the SGF include the Director-General, National Identity Management Commission and the Managing Director of the Niger Delta Development Commission.

The statement said “The SGF, during the briefings, obtained clarifications on matters that came up during the discussion sessions. He advised the Permanent Secretaries and top officials who accompanied them on the need to improve on the delivery of service to the public and general productivity.

“He (Lawal) asked them to be hardworking and honest in the discharge of their duties, and reiterated the determination of the Buhari administration to fulfil the campaign promises – which are to revamp the economy, improve internal security and fight corruption.

“The Permanent Secretaries, on behalf of the workforce, pledged their total loyalty and commitment to the SGF and the present administration at all times, and wished him a successful tenure in office”.

Adebiyi added that to date, presentations had been made to the SGF by the Permanent Secretaries in charge of General Services, Cabinet Secretariat, Special Services, Economic Affairs, Ecological Fund and Political Affairs.