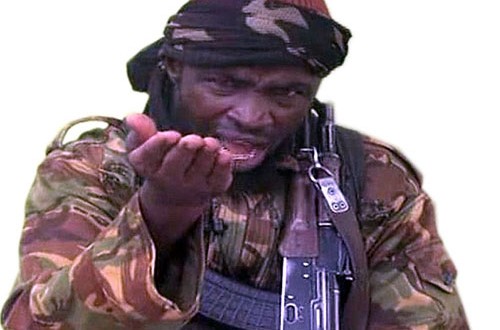 Elusive Boko Haram leader, Abubakar Shekau, has denied claims by the Nigerian military that it has gained the upper-hand in its counter-offensive against the insurgents, saying talks of success by Nigerian security forces are “lies”.
The acting director of army public relations, Col. Sani Usman on Saturday said troops destroyed more rebel enclaves and camps in the restive state of Borno, which has been worst hit by the six-year insurgency.
“The fight against the terrorists in the northeast is gaining successful momentum, with most of the camps falling to the Federal might”, he said in a statement.
Nigeria’s military has claimed a series of successes against Boko Haram recently and on Friday said it had rescued 90 people and dislodged Boko Haram from two villages near Gwoza.
The tempo in the counter-insurgency war gained momentum with President Muhammadu Buhari giving the service chiefs three months to bring the six-year bloody campaign that has left at least 15,000 dead and more than two million homeless, to an end.
However, Shekau said in a 25-minute recording in Hausa and Arabic via social media: “They (the military) lied that they have confiscated our arms, that we have been chased out of our territories that we are in disarray.
“We are alive, I am alive, this is my voice, more audible than it was before. This is Shekau”.
He added: “Buhari is a liar and has deceived you. The army spokesman is also lying. He and his foot soldiers always run helter-skelter whenever we come face to face with them…
“Buhari, you once claimed that you will crush us in three months. How can you crush us?”
The Boko Haram leader also directly refers to IS group leader Abu Bakr Al-Baghdadi, to whom he says he is “loyal and subservient”.
He also drops the name of IS spokesman Abu-Mohammed al-Adnani and sends “greetings to the faithful in Yemen”, where there is also an IS “affiliate”.
As is with most propaganda materials released by Boko Haram, there was no indication of where or when the recording was made but it appears to have been in recent days.
Source: AFP