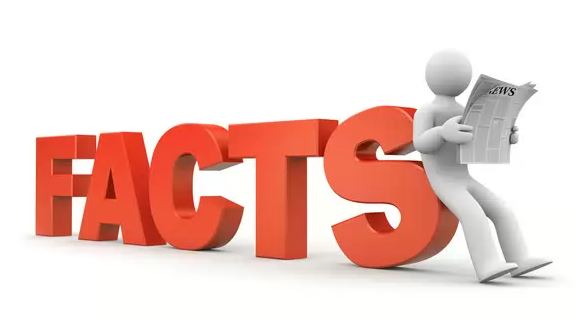 1. There is a town in Jamaica called ABEOKUTA. It was founded by former slaves from present-day Ogun State who were brought to a plantation in that part of Jamaica.
2· In Turkish, the bird we call a Turkey is called “Hindi” (“from India”

. In India, it’s called “Peru.” In Arabic, the bird is called “Greek chicken”; in Greek it’s called “French chicken”; and in French it’s called “Indian chicken.” The bird is indigenous to none of these places.
3· The letter ‘i’ that Apple uses (in their products iPhone, iPad, iMac, iPod) stands for “Interactive”.
4· Edward James Roye, the fifth president of Liberia, was of Igbo descent.
5· President Robert Mugabe is Africa’s oldest Head of State and the world’s second oldest Head of State. He was born in 1924.
6· The name”Nigeria” was coined by Flora Shaw, the wife of Lord Lugard, Nigeria’s Governor-General from 1914 to 1919.
7· There is a high school in Kingston, Jamaica named CALABAR High School, the capital of Cross River State.
8· Queen Elizabeth II is the only person who travels to any country without International Passport.
9· Ebun House, located at 85 Odunfa Street, was the first three-story building built in Lagos. It was constructed in 1914.
10· The city of Port Harcourt (capital ofRivers State) was named after Lewis Vernon Harcourt in 1913 by Frederick Lugard. It was originally known as Iguocha.
11· There are 3 things the Human Brain cannot resist noticing –Food, Attractive People and Danger.
12· The CMS Grammar School in Lagos, Nigeria is the oldest secondary school in Nigeria. It was founded on June 6, 1859.
13· The first book written in the Igbo language (Isoama-Ibo :A Primer) was by Samuel Ajayi Crowther, the renowned Yoruba/Creole bishop.
14· Gatwick Airport in London, which is not that far from Heathrow Airport also in London, England is owned by Nigerian businessman Adebayo Ogunlesi.
15· The Naira, Nigeria’s currency, was named by Obafemi Awolowo.
16· Nigerian staple food cassava was brought to West Africa from Brazil by the Portuguese.
17. The Official Residence of the President of Barbados, a Caribbean country, very close to Jamaica and Bahamas, is called Oronna Court. The name Oronna was used by two Barbadorian Citizens close to a decade in tracing their origin to Ilaro in Ogun state. One was named Odewale and the other was named Aramide Oronna( the German Shephard man) was one of the hero/founders of Ilaro town alongside Iya Ala. Oronnais just like the likes of Lisabi and Shodeke in Egbaland.