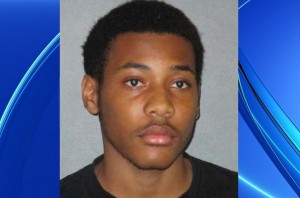 A teenager was arrested after being caught raping a young girl. 17-year-old Byron Overton, was arrested on Wednesday in Louisiana, on a charge of first-degree rape after allegedly raping the 3-year-old girl, according to an arrest document.

Police said that Overton of Houston, Texas, was in Baton Rouge at the victim’s home when he was caught in her bedroom on Tuesday.

The victim’s 12-year-old sister entered the room and saw Overton molesting her sister. When Overton realized that he had been busted, he said: “She will not remember it,” according to the victim’s sister.

The affidavit states that in a recorded confession, the teenager “admitted to sexually assaulting the victim.”  Overton was booked into jail and bail was set at $500,000.