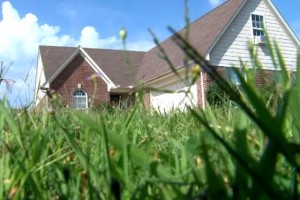 Nobody will ever accuse criminals of being overly smart, but three would-be thieves took it a step further in Southaven. FOX13 learned the three accused criminals got high and then went to sleep on the job. It happened in a neighborhood off of Tchulahoma Road in Southaven. Neighbors told FOX13 they called the cops when they heard loud music and a loud truck at a vacant house. Fox Menphis reports:

Jemarcus Barnett lives two doors down from the vacant house that police say was broken into. “It’s kind of hard to even put it into words for that kind of situation,” Barnett said. Southaven police told FOX13 two adults and a teen stole items from another house, came to the vacant house off Tchulahoma Road, broke into it and stolen merchandise inside. Then, according to investigators, they got high.

“They say there was a smell of burning marijuana when you entered,” Lt. Mark Little said. Police say after doing the drugs, the thieves made themselves at home. “Mostly they were chilling out and passed out, and went to sleep until the officers got there,” Lt. Little said.

“The story itself is completely weird,” Barnett added. “The guys being in the house under the influence of drugs is crazy all together.”  All three suspects are currently in custody, charged with burglary and possession of paraphernalia.