A couple and a trado- medical practitioner have been arrested over alleged sale of a two-week and four-day-old baby for N136,000, at Ipaja area of Lagos. 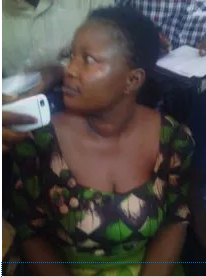 The principal suspect, Mr Onolaja Olawale, a trado-medical practitioner,  was alleged to have sold the baby to Mr and Mrs Dele Ayogbile, who have been barren for six years years,  last week, after informing them that the biological mother was dead.

But the bubble burst after co-tenants of the couple who claimed never to have seen Mrs Oluwakemi Ayogbinle pregnant, suspected foul play and contacted the police.

To the surprise of all, the baby, according to Lagos State Commissioner of Police, Mr Fatai Owoseni, who paraded the suspects before journalists yesterday, was discovered to have been sold to the couple.

Preliminary investigation according to Owoseni, showed that the trado-medical practitioner was a family friend to parents of the baby he sold.

Mother of the baby, Mrs Idiat Babatunde, who had just concluded her Higher National Diploma, HND, at the  Federal Polytechnic Offa, Kwara State, claimed to have left the baby in the care of the Olawales, in their Ikola Ipaja home,  eight days after delivery (September 13, 2015). 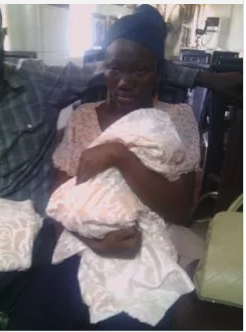 Same day, she  reportedly left for school to conclude documentation in her faculty , towards  the compulsory one year National Youth Service Corps.

But next day, the trado-medical practitioner was said to have invited the barren couple to come and pick a baby for adoption.

When approached, Olawale did not deny the allegation. Rather, he stated  that mother of the baby was aware of the planned adoption, alleging that she collected N70,000 of the initial payment of N136,000 for the sale of the baby.

He said: “Mrs Babatunde gave me the baby to take care of because my wife is also breastfeeding.  We have been family friends . But when I discovered that taking care of two children at the same same time was burdensome on my wife,  who gave birth through caesarean, I decided to give the baby to a client who I have been giving concoction for child birth.  I informed the baby’s biological mother before giving the baby out. I told her that the baby would be with the new mother for three months.

“I collected N130,000 from the new mother, Mrs Oluwakemi Ayogbinle, and an additional N6,000 which I said would be used to process adoption forms at Alausa, Ikeja, to avoid any embarrassment. I even gave the biological mother N70,000 out of the money. 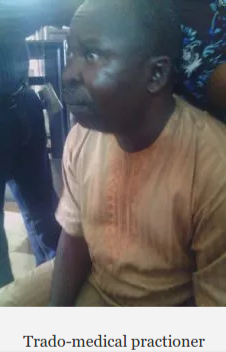 But the biological mother denied knowledge of the sale of her baby, let alone collecting any money from Olawale. She explained that she dropped her baby with the Olawales on trust, with the intention of returning after one week  later for the baby.”

On her part, the woman who collected the baby from the trado-medical practitioner, blamed her action on  her state of barenness for six years. The climax of her predicament, according to her, came  when her husband abandoned her.

Ayogbile said: “I have been taking herbs from Mr Olawale since 2013 because of the incessant miscarriages.  After several effort to get pregnant proved abortive, my husband left our home last year.

“At a point, Olawale suggested I should adopt a baby. He called me on Monday to come for a baby. I decided to contact my husband because of the amount Olawale demanded. But my husband insisted that he must have documents to  back up the adoption before he would take the baby. So, he brought N136,000 as part payment.”