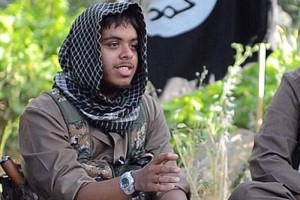 Britain has killed two of its own nationals accused of fighting for the Islamic State of Iraq and the Levant (ISIL), and plotting attacks on British soil, in its first air strike in Syria, Prime Minister David Cameron announced. Despite not having a parliamentary mandate to take military action in Syria, Cameron told politicians on Monday that, as an act of self-defence, Briton Reyaad Khan had been targeted and killed in a precision drone strike in the country. Aljazeera has more:

Cameron said the strike was carried out by a British Royal Air Force (RAF) remotely piloted aircraft in August and that two people travelling with the man, including another Briton, Ruhul Amin, were also killed.

“There was a terrorist directing murder on our streets and no other means to stop him,” Cameron said. “We took this action because there was no alternative.” The strike was approved by the attorney general – the main legal adviser to the UK, said Al Jazeera’s Emma Hayward, reporting from London.

“This strike on Reyaad Khan will be seen as controversial – not least because of the grey area surrounding the legality of crossing the line and carrying out a strike in Syria.” Khan, from the Welsh capital Cardiff, and Amin, from Aberdeen in Scotland, had their assets frozen by Britain’s finance ministry last year after reports they had been involved in terrorism-related activities in Syria and appeared in an ISIL recruitment video.