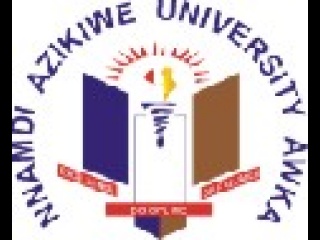 Nnamdi Azikiwe University, Awka (UNIZIK) apprehended at least 167 impostors during the just concluded Post University Matriculation Examination, Post-UTME, of the institution. The arrested persons have been handed over to the police.

The university’s director of information, Dr. Emma Ojukwu said the affected persons would be charged to court soon.

Of the 30, 477 candidates who made the university their first choice institution and were invited for the Post–UTME, only 28,233 candidates turned up for the examination.

According to Ojukwu, it was noticed that following the stringent measures adopted by the University for the examination, many fraudulent candidates did not turn up for the screening for fear of being detected.

“The University’s newly acquired Biometric Data Capturing Machines were fully deployed whereby candidates’ finger prints were matched with what we already have on our data base.

“There was also physical verification of claimed documents. The shortfall of 2,244 candidates who did not present themselves for screening may not be unconnected with the stringent processes of screening which eliminated impersonation to a large extent,” Ojukwu said.

According to him, investigation of those arrested for impersonation and other malpractices showed that parents encouraged their wards to cheat, insisting that admission into the University was purely on merit.

“It is on record that some persons, including staff of the University who collected money to assist candidates secure admission could not succeed last year.

“As a result a staff of the university abandoned his work and ran away till today. The other one whose case was reported to the University administration has been dismissed from the university.

“It is also important to inform the public that some criminals have opened Facebook pages in the name of our Vice-chancellor, Prof. Joseph Eberendu Ahaneku. Our vice-chancellor has no Facebook account or page.”