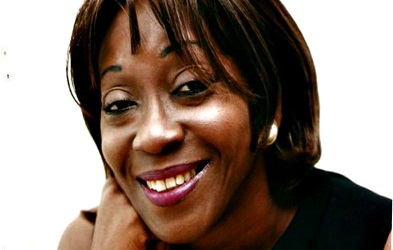 Donu Kogbara, the Vanguard columnist, who was just released by kidnappers has narrated her ordeal to journalists in Port Harcourt, Rivers State capital, yesterday morning.

“I was dumped in the middle of the creeks, leading to nowhere around 10 pm on Friday. And they forced an innocent fisherman to take me to Borokiri,” she recounted.

“I am very happy to say that I have been released. I am alive, that is all that matters despite all the things that were lost in the robbery that preceded the abduction. I thank Vanguard Newspaper, my paper, for the love and support that I received from my colleagues and Uncle Sam Amuka, the publisher. He was actually the first person called when I was abducted,” Kogbara said.

Kogbara recalled how much the kidnappers put on her as ransom.

“I told them I was not worth what they demanded for,” she said.

According to her, before they whisked her away from her Port Harcourt residence in the early hours of August 30, the abductors first robbed the family of cash and jewelries. Then, they blindfolded her and took her straight to the creeks.

“I was taken to the creeks, middle of nowhere. They actually told me I was in Cameroon. But I have been told that probably was not the case.”

On the allegation in some quarters that her abduction could have been politically motivated, Kogbara said though the kidnappers expressed political sentiments in the creeks, no revelation came out of them. She added that they code-named politicians “official hoodlums”.

“I don’t see any politician behind the mask. I have to tell you that these boys claimed they had helped certain politicians win elections in the past but that is not what we can discuss here. I don’t know if you can believe what they say.

“The political element was, em! They were a little bit confused in my opinion, because they were upset that former President Goodluck Jonathan had been defeated by a northerner, but, on the other hand, they were also very unhappy with Goodluck (Jonathan) because they felt he had not done much for the Niger Delta.

“I saw politics here and there. They had a grudge against a former governor of Rivers State, Rotimi Amaechi, for not supporting Goodluck Jonathan but then they also had a grudge against the current governor. Actually, in the end, they told me it was a war against big men; to them, big men are politicians. They called them official hoodlums,” Kogbara said.

She lauded the efforts of the Rivers State Police Command.

“There is hardly anybody I know who does not know somebody who has been abducted or robbed in the last couple of years. Fortunately, we have a dynamic new Commissioner of Police who has hit the ground running and seems absolutely determined to confront this menace to our society,” she said.

“Today is a great day. I am extremely happy. My joy knows no bounds because our sister, Donu Kogbara, is back with us. It is due to the mercy of God. I thank the President of the country, my Inspector General of Police who kept calling to guide me. I thank the media for their role, the family for their faith in God. Finally, she is back with us, today is my greatest day. I am very happy,” he said.