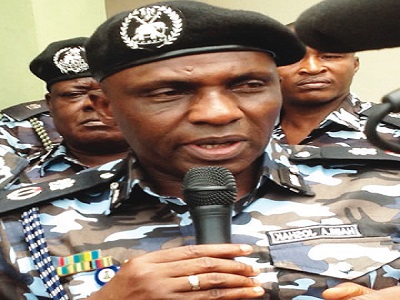 The Abia State Commissioner of Police, Mr. Joshak Habila, has said the force is depending on members of the public for information on the location of the pirate radio station, Radio Biafra.
He also said the reason why the police cannot jam the signals of the radio station is because there is an agency of the Federal Government that is responsible for jamming frequencies of illegal radio stations.
Joshak, who said this in Umuahia, the state capital on Saturday, said the police alone could not track down the radio station without useful information from members of the public.
He said, “There are those responsible for tracking down operators of unapproved radio frequencies. Police do have some roles to play but I don’t think the police are the ones that will be able to jam the frequency.
“There is an agency of government responsible for that. I think members of the public have a better role to play in volunteering information to security agencies to clamp down on the radio station.
“I think it is the duty of everyone to help trace them because if they exist they don’t exist in the blues. They exist among members of the public. Thus, it is those who reside around here that should be able to volunteer information.
“The indigenous people of Biafra are said to be the people operating the Radio Biafra. We are gathering information but you should know that they are subversive and have also spoken against constituted authorities”.
While Joshak described the activities of the guerrilla radio as “a very big issue to be decided by the Inspector General of Police, he stated that the law was very clear about those who engaged in subversive activities to run down a nation and how they should be handled under the justice system”.
Radio Biafra, which broadcasts on the FM frequency band, has continued to freely operate despite recent claims by the Nigerian Communication Commission that it had jammed its frequency.
Signals of the pirate radio station are said to be received in most states of the Southeast including Port Harcourt, Rivers State.